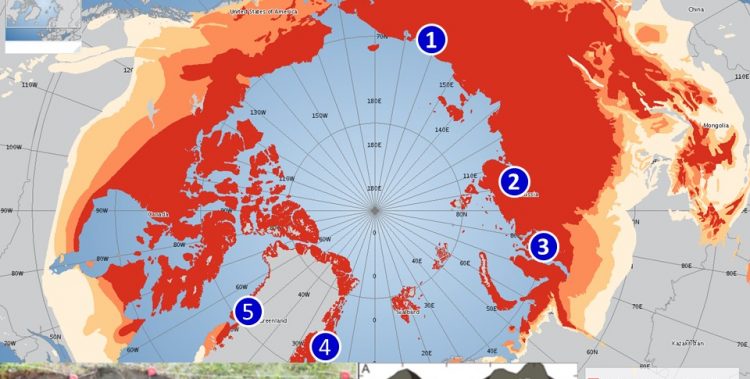 Microorganisms in Arctic Cryoturbated soils could be main drivers of organic matter transformations of up to 1300 Gigatons of carbon that are currently stored in Arctic permafrost soils.

Arctic permafrost soils are estimated to store 1300 Gigatons (gt) of carbon, an amount half of soil organic C. Substantial amount of this C (600 Gt) is stored in the form of buried organic matter (OM) through the process of cryoturbation. Arctic is warming rapidly and this C can be released to the atmosphere as CO2 and CH4 as a result of increased decomposition. Detailed knowledge on the biotic and abiotic drivers of buried C vulnerability to decomposition is still limited. Particularly limited is the knowledge about functioning of mic. communities in cryoturbated OM, which is the major gap in understanding the decomposition processes and potential GHG emissions from these soils.
The international team of the MiCryoFun project, lead by Jiri Barta from the University of South Bohemia and Tim Urich, University of Greifswald aims to identify circumpolar characeristics of microbial communities and to describe main taxonomical and functial groups responsible for transfromation of organic matter in cryoturbated OM.